Posted by Sumaiya Ghani in Funny On 28th September 2020
ADVERTISEMENT

This angry woman wanted to let the trump supporters know her disdain so badly that she started taunting and yelling at them from the window. Unsatisfied, she leaned out of the driver’s window, from her waist up, to flip them off with both her hands. This all ended up with her crashing the car, even after this she continued yelling and pretended it wasn't her fault. Little did she know, the cops were right behind her and watching her every move. 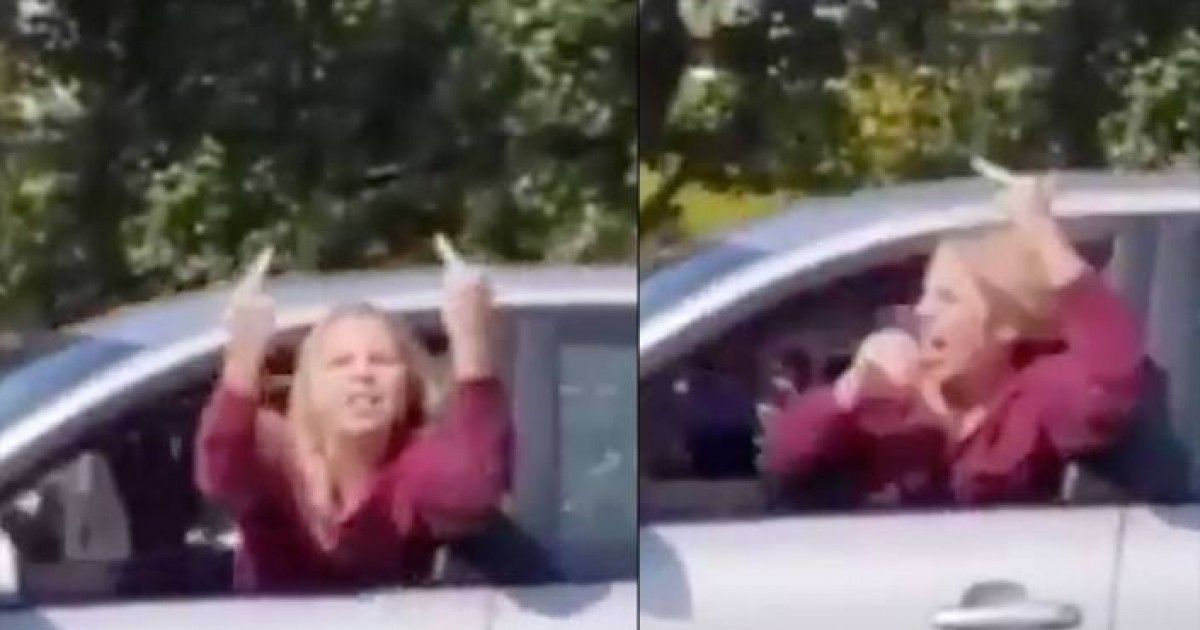 They say to believe in the power of karma. If you do bad, bad will happen to you and if you do good then good will happen.

This recent incident makes us believe in the karma even more. The woman as seen in the picture wanted to let the trump supporters know her disdain so badly that she started taunting them through the window. She wasn't even satisfied at that so she then flipped them the bird while also swearing. 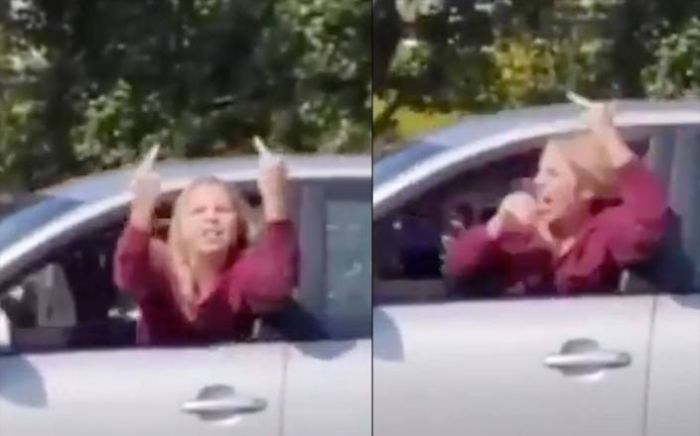 When the trump supporters didn't look too disturbed, that's when the woman got frustrated. She then leaned out of the driver’s window, from her waist up, to flip them off with both her hands. Even this didn't shut the trump supporters who started laughing and cheering at her.

Woman had a TDS meltdown over a MAGA street corner rally then proceeded to hit the vehicle in front of her while police were behind her 🤣pic.twitter.com/rEVEGeKNaj

The angry woman's efforts went in vain when her car lost control. It was too late to realize her mistake, her foot was already off of the brake. She ended up ramming the car in front of her. 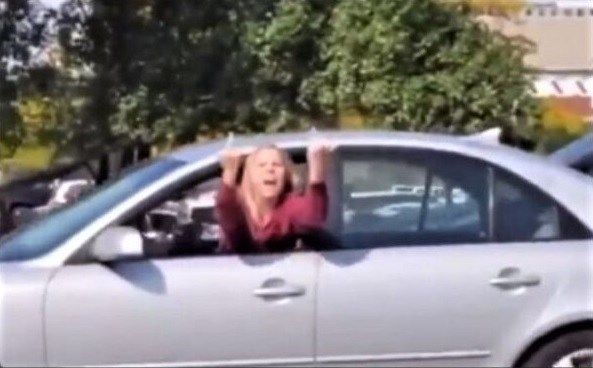 #4 She pretended to be innocent

The woman acted as if it's not her fault, she stayed in the car and continued to yell. She even started yelling at the front car driver, little did she know that the cops were driving directly behind her.

It looks like this woman is not the only one not happy with the trump supporters. Recently, an Assistant Professor of Biology from Marshall University was suspended for admitting during an online class that she hopes trump supporters die from the COVID-19.

The professor really hoped their death after seeing MAGA supporters going to rallies without wearing masks.

“Yesterday, [Trump] held one inside. Nobody wore a mask.”

“And I’ve become the type of person where I hope they all get [COVID-19] and die.”

“You can’t argue with them, you can’t talk sense into them. I said to somebody yesterday, I hope they all die before the election.”

“That’s the only saving hope I have right now.”

Regardless of who you support, you can never wish another person dead. In this case, the professor wished the whole group of people to die, no wonder she was suspended.